“Everyone I love lives somewhere else...”Somewhere Else 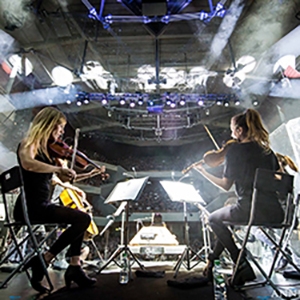 Thank you to everyone who has come along. It's not too late to catch the tour as there are still some tickets available for the shows (we have released some tickets that were previously held back).

The response to our 'With Friends From The Orchestra' CD has been similarly amazing and we are pleased to announce that Ear Music will be releasing the album to retail on November 29th (one week later in the US).

It will be available digitally and also on vinyl! Coloured vinyl no less :)

One word - awesome. The band were on top form, particularly H's voice which seems to have hit even more profound heights of excellence and likewise Rothers' guitar solos. A sublime set which really showcased the depth of Marillion's music and one that was enriched even more with the inclusion of the wonderful orchestra. Breathtaking from start to finish and unbelievably emotive, reducing me to a blubbering wreck at one point. Thank you Marillion for delivering yet again - Zoe McIlfatrick

Unbelievable. Speechless. What an amazing night. Thank you so much everyone. Uplifted. Sobbed. Elated. Every song. Every story. Not one moment I wouldn't repeat right now. If you were thinking of giving this tour a miss. Don't - you'll love it - Chris Jones.

Wow. Still buzzing from last night at Manchester - probably the best gig that I have been to. Ever. It was just awesome from start to finish and loved every second of it - Pete Rees.